Turkey's path to a green transition is not likely to be an easy one, given the country's high dependency on imported fossil fuels. But Europe's eastern neighbour is starting to take significant steps towards greening its economy. Nazli Naseh from Montel-Foreks discussed the country's progress, and the challenges ahead, on last week's Montel Weekly Podcast. We highlight the key points below.

This blogpost is authored by a member of Montel's content marketing team.

In her capacity as editor for Montel-Foreks, Nazli is responsible for a team of local reporters providing independent coverage of the Turkish market.

Her conversation with Richard focused on Turkey’s transition towards a greener energy sector. Turkey has seen a huge increase in population over the last decade – from 70 million to 81 million – and that has presented a particular challenge for the developing country's energy sector, which has to juggle meeting increased demand with energy security and the looming climate crisis.

Reliance on imported fuels is a big issue. And also creating domestic jobs, like manufacturing of solar panels, means that the country is taking this very seriously.

More recent developments also play a role. Although Turkey is not a part of the EU, over 40% of the country’s exports - worth over $140 billion in 2020 alone – head to the bloc, and the measures announced under the Fit For 55 package, which include import taxation on carbon, will have an important impact on the country’s economy. Following the announcement of the Fit for 55 package, Turkey announced its own Green Deal Action Plan in July this year. The plan includes a detailed set of measures, from waste management through energy efficiency and certification schemes, designed to ensure that Turkey's trading with the bloc can continue with as little extra cost as possible. 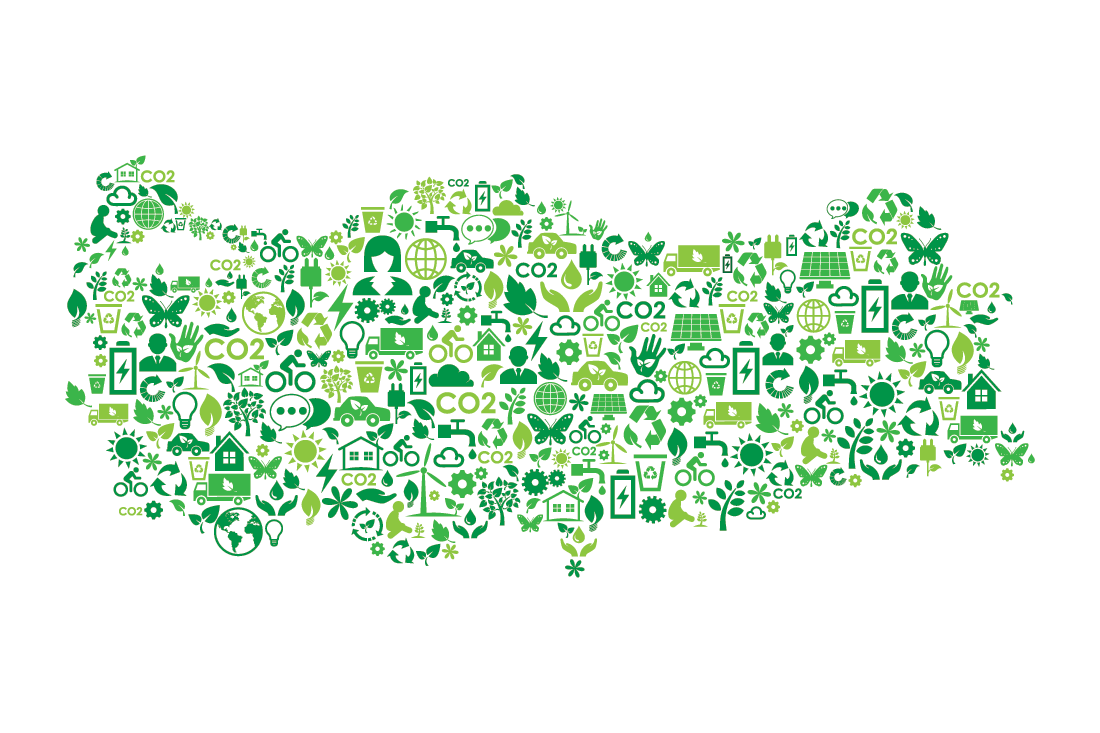 The alternative, I think, is more expensive: high gas prices and high coal prices. I think renewable energy in the end, is the cheapest option.

Nasli and Richard’s discussion takes place in the shadow of these issues. Turkey’s need to divest from imported fossil fuels – over 90% of the country’s oil and gas comes from abroad – has become increasingly important as the country has suffered, like many others, from high global commodity prices.

Investment in renewable energy in the country has also increased in recent years, and there’s a potential for a ‘double dip’ in economic terms if the country can develop the manufacturing industries for wind turbines and solar panels. Feed-in tariffs for wind, solar and geothermal energy have seen renewable capacity in the country double in the past five years.

These will be important developments if the country is able to wean itself off carbon intensive lignite plants which still account for a huge share of the country’s energy mix. The current difficulty of finding finance for new coal power stations could be a positive in this context however.

Currently there is very little gas production, but the Black Sea discoveries are estimated at around 540bcm - that's almost 10 years demand for Turkey.

Turkey has also long been thought of as a potential ‘gas hub’ for the region, but that potential has never really materialised. Nasli explains why this has been the case, and suggests that the discovery of new gas fields in the Black Sea might help make this a reality in the years to come.

The country's transport sector is another hot topic, as it is currently 98% reliant on oil, according to the IEA. Looking to the future, Nasli thinks that electric vehicles and hydrogen, although undeveloped at present, might come to play a significant role in the country's mid-term strategy.

You can listen to the full 20-minute podcast here. Hit subscribe to get a new podcast delivered to you every week.

And if you’d like to find out more about Turkey and the energy transition, why not contact Nazli and her team at Montel-Foreks?